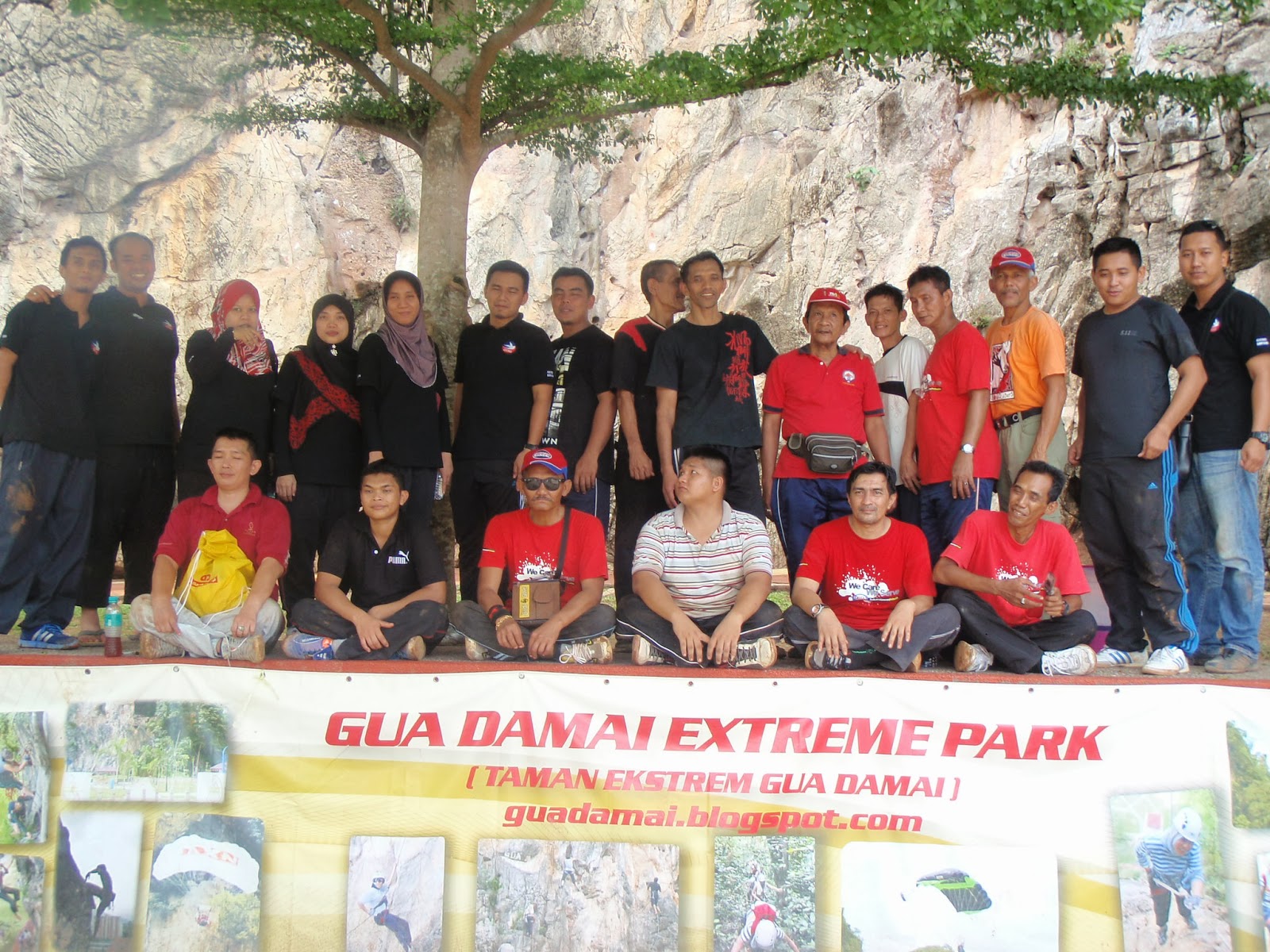 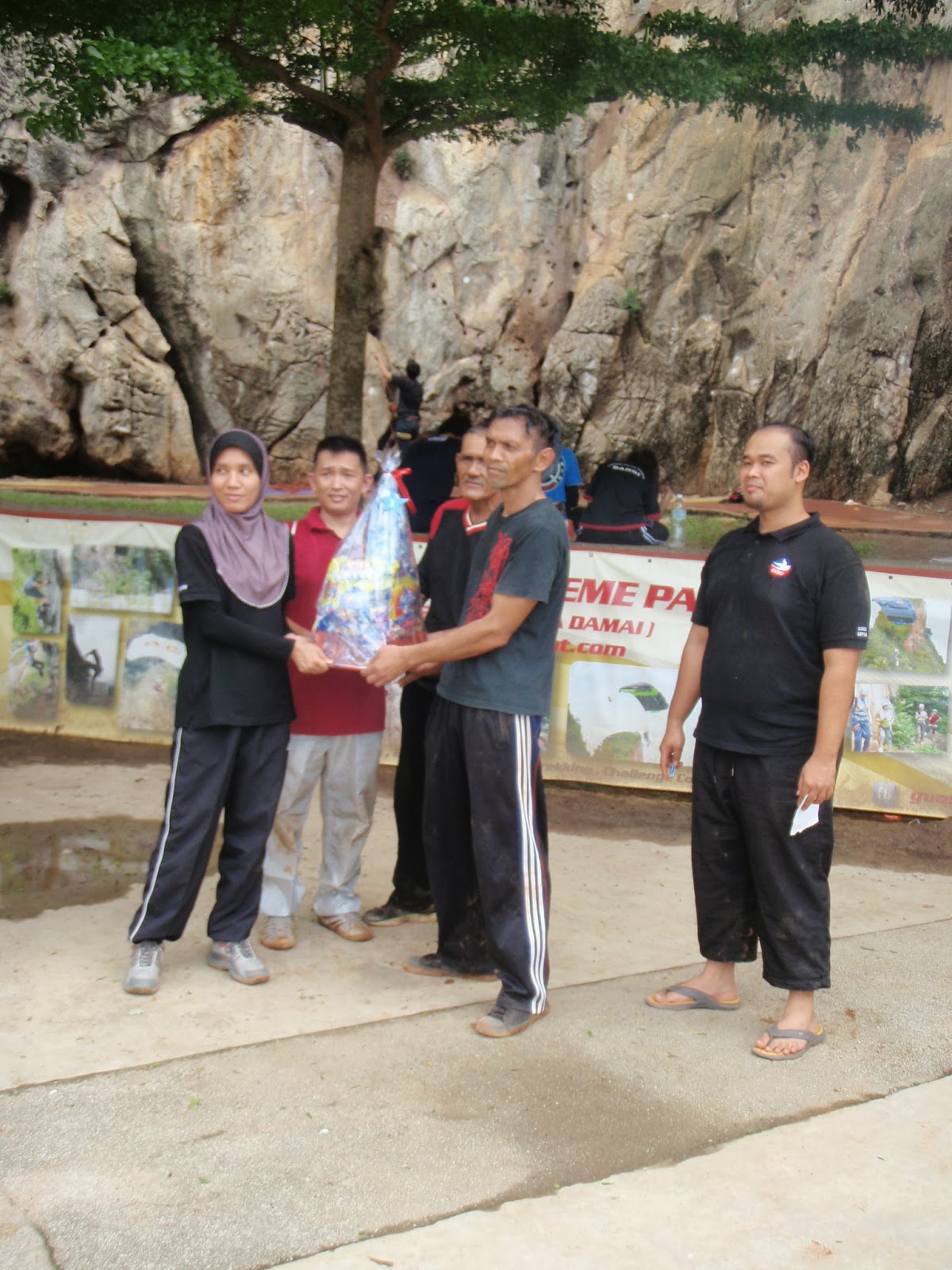 The morning began with a good aerobic exercise which helped the participants to warm up properly. The session was then handed over to En Mustapha for a short information sharing session. Each of them were then given the proper equipment for caving and off they went into the Big Tree Cave.

After a tea break, the CCSC team and clients got ready for a thrill by doing the abseiling activity. Most of them went twice because they felt good after reaching the ground. It boosted their self confidence.

It was then time for lunch. Having recharged their energy, the participants were broken up into four small groups. Each of the group were given only one head lamp. This time the task was to do treasure hunting in the cave. The team that cooperated well won the big prize, given away by Puan Hasrina.

The afternoon ended with a group photo session. 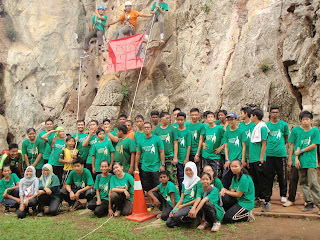 On Saturday morning at 0930HRS, a group of 40 students from SMK Manjelara Kepong lead by Cikgu Kamil and support teachers. It was just after the PMR examination. They came to test their mettle and courage on their "Jelajah Gua Damai" package.
After some stretching exercises, they got down to be briefed by Mustapha. After that they were made into into 2 groups, equipped with safety gears. The first group started through the jungle.The second group started on their abseiling lesson and proceeded with their trekking after an hour. It was an unforgettable to get to know the traditionalherbs plants along the trek.

After 1 hour of trekking, climbing and scrambling, they take a break at Gua Anjing and prepared for the Zip Line.
"""Gliding the Zip Line is fun and best ......."""  that is one of the comments of the students who had never done it before. 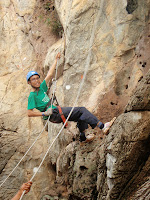 The students were then provided headlamp/torchlight for educational caving. Mustapha led them to explore the below sea water level cave, Ichibawa Cave (Phearatic Cave). Before starting the exploration, participants were once again reminded not to touch the formations in the cave. After taking a head count, they then proceeded into the chamber. In the caves, they saw bats and cave crickets.

After their lunch break, they went trekking into the Big Tree Cave.
All activities went smoothly, despite most of them being first timers. Activities ended  with abseiling 70 feet  from the Big Tree Cave to platform.

Congratulations Cikgu Kamil and students....hope you guys enjoyed the trip. 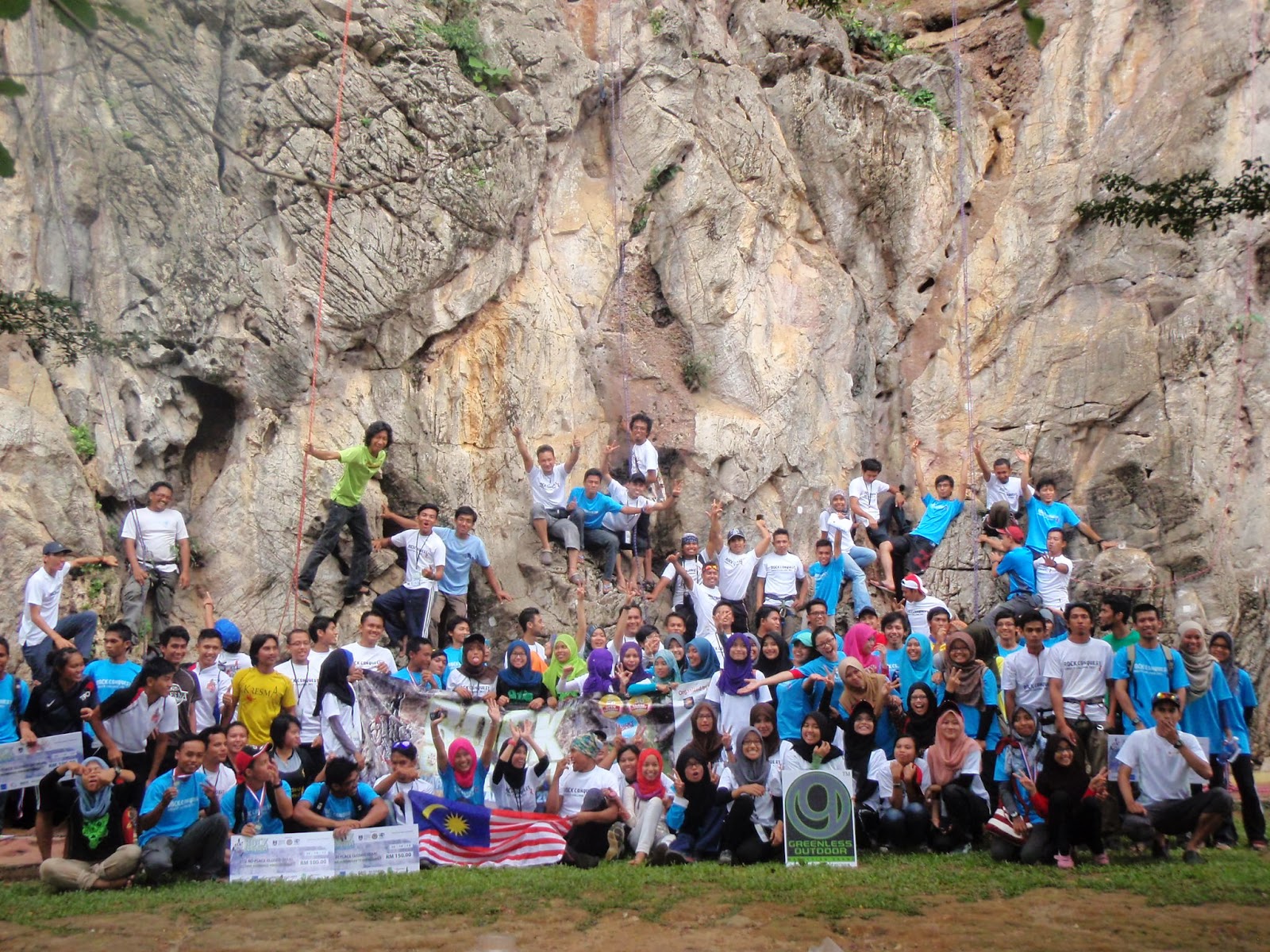 The event was officiated by  En Pekan bin Ramli, the chairman of 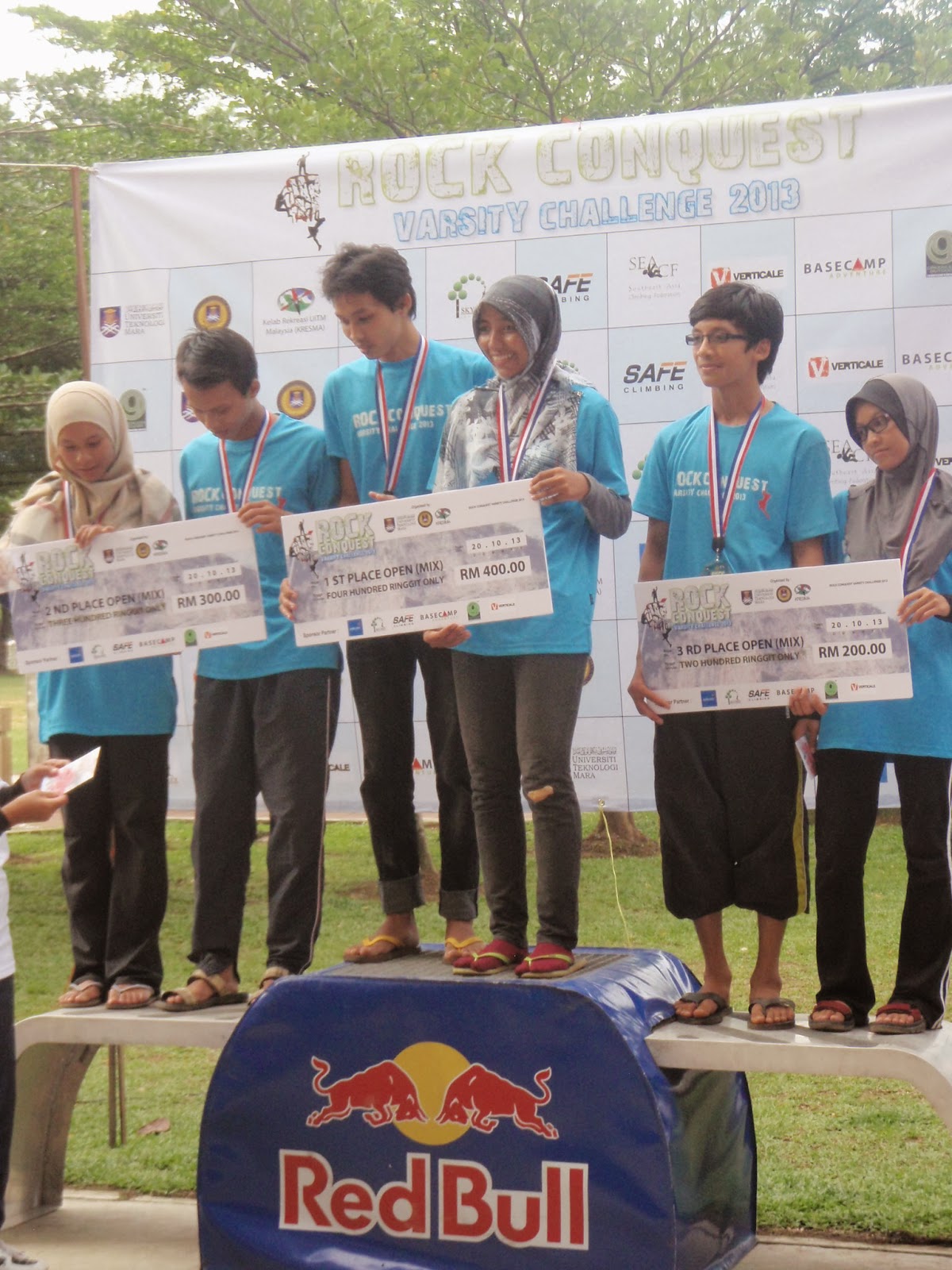 
The open category consisted of 22 teams (10 men , 12 mixed). 25 participants took part in the closed category. The total number of participants were 69 persons.

FOR MORE PHOTOS...CLICK HERE..
Posted by Kaiygin at 17:58 No comments: 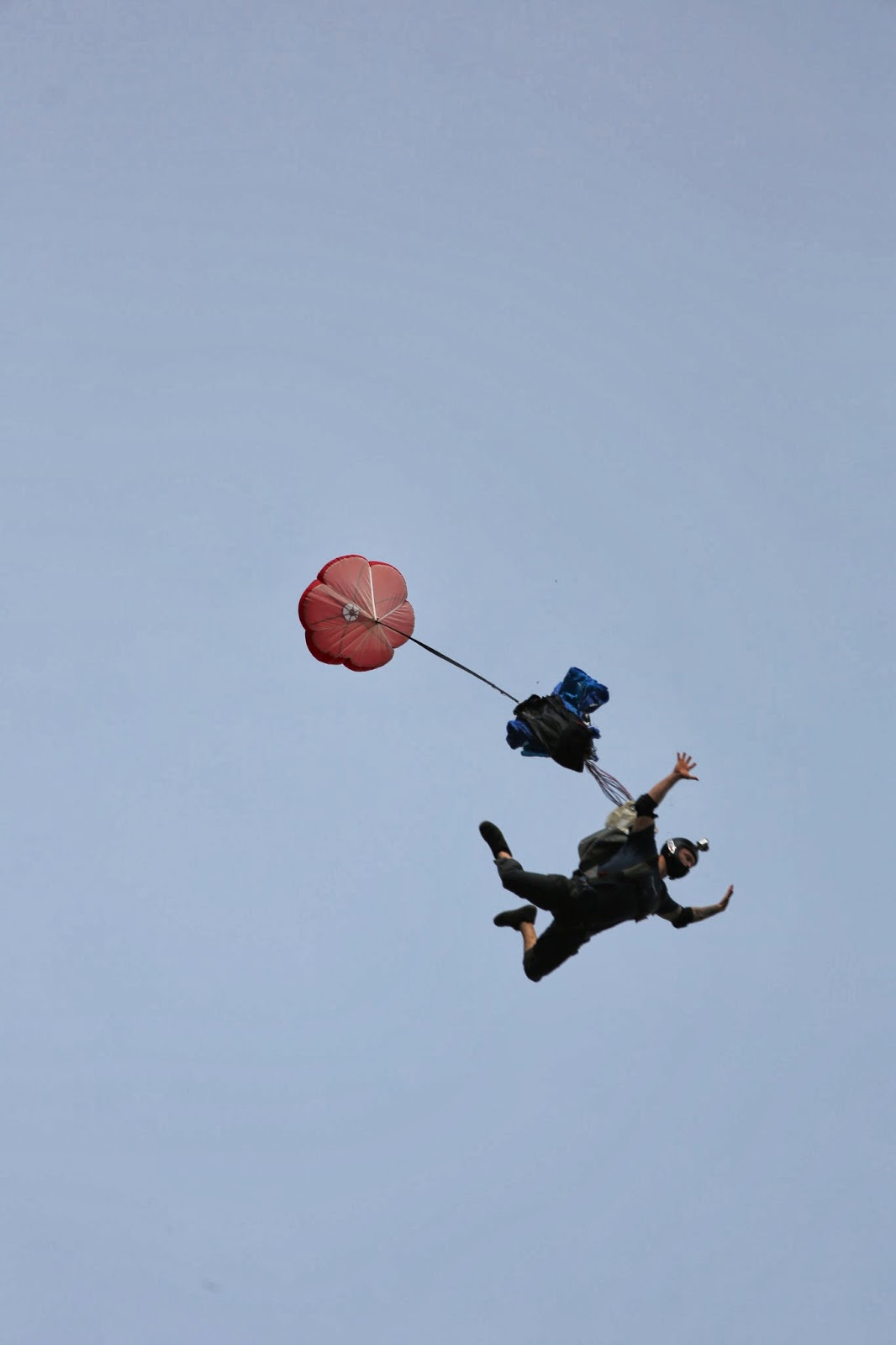 The objective is to promote the only "Gua Damai Extreme Park" in Malaysia as the world renown's  BASE jumping spot for cliff jump and to involve sponsors to engage directly in the growing extreme sports series.
Today, the year 2013, marks the sixth time that we have organized this event. This is also our proudest moment as we have received participants from 13 countries and there were 40 registered jumpers, earnestly joining us in the two day event.
Our big sponsor Redbull provided a giant tent, folding umbrellas with tables and Allsport Equipments sponsored "Petzl headlamp" for jumpers and secretariat.
Apart from the Redbull big tent as a parachute packing area, the jumpers had a big park area to fold their chute.  A-Board were arranged around the landing area to mark the border, flood lights were also mounted towards the landing area for night jumps. The Cave was light-up, to facilitate scrambling in the cave. The trail which led up to the BASE platform were marked by  "light stick" as a guideline. Static rope "via-ferrata" was bolted to the walls of caves until the exit.  BASE platform is a new metal ramp which also has a new coat of pain for visual pleasure.
24th Sept 2013, (Tues - Morning) x 65 Jumps
Secretariat provides a pass to recognize jumpers. In the pass it contained the complete health details of the individual jumper besides their photograph. This helps in case of emergency admission into a local hospital.

Each participant was give a “Redbull” drink coupon upon registration. Drinks were redeemed at the counter next to the registration counter. 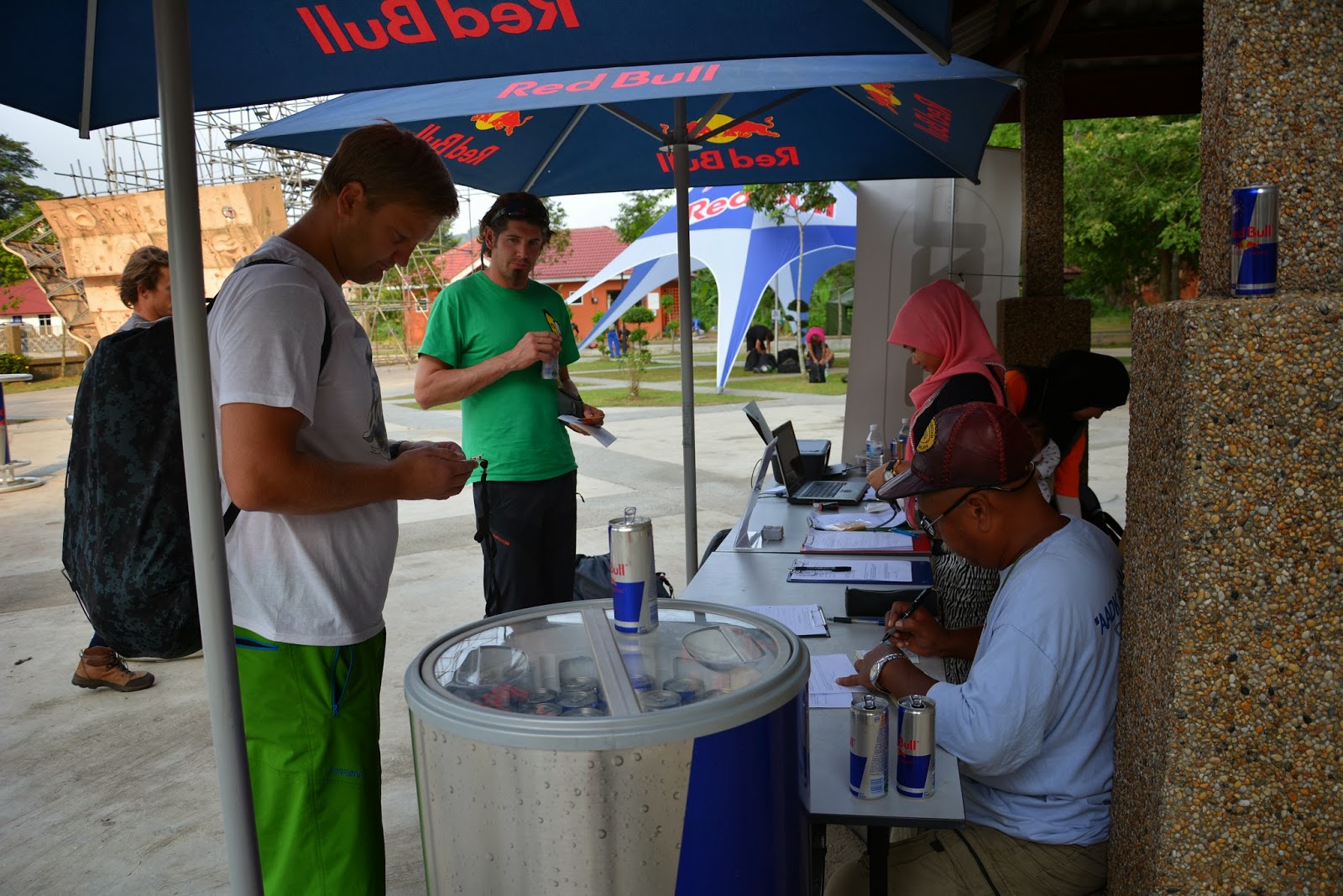 Malaysian jumper, Mr. Azwan Taharuddin, one of the participants from the "Damai BASE Team" did the  "Roll Over"stunt successfully. Then Mr Shaun Cumar and partner, Ms Kat Donahue of the United States has been breaking records with the action "Tandem Jump" landed with a round of applause from nearby spectators. Ms Kat happens to be the only woman jumper this year. 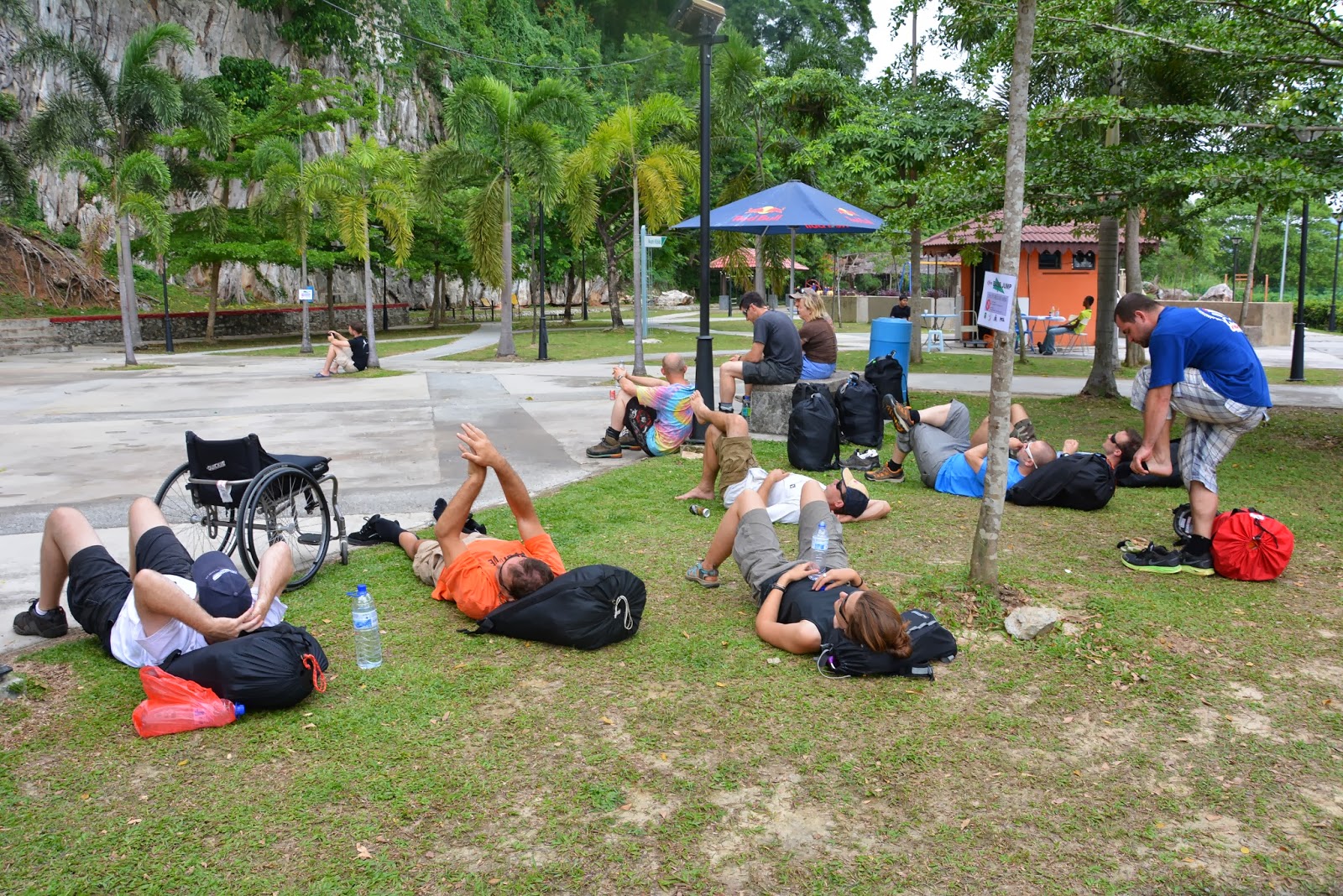 Two Russian jumpers performed their  "Waterfall" stunt, but lost control and knocked themselves on the cliff. Fortunately, both were safe without incurring any injuries. The branches of the trees provided a cushioned landing.

24th Sept 2013.   (Tuesday - Night) x 25 Jumps per session
To get to the platform, participants had to climb up from the cave. The atmosphere in the cave became more interesting and challenging as trails took them through the forest. Something which they had not experienced before.
Fluorescent lights lit the platform area, affording them a final inspection before jumping off the cliff. The night jumps went on smoothly without hitches.

As the organiser, we are glad and felt satistied as the event went smoothly for once without any life   threatening accidents. BASE jumpers spontaneously interviewed also expressed their satisfaction at how well the trail and platfrom was prepared fro their comfort. To some, BASE jumping from Gua Damai Extreme Park was their first experience and indeed, it would continue to bid hem here.


A million THANKS to those involved to make the event a success this year.

We have much to thank our big sponsors, namely of REDBULL INTERNATIONAL and ALLSPORT EQUIPMENT/PETZL  for contributing tremendously to the success of this event.