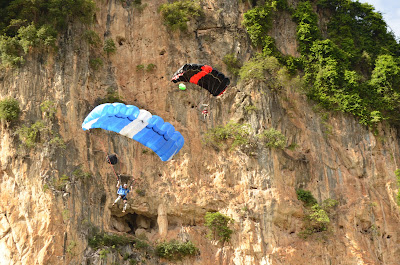 This is the sixth consecutive year, we are organizing a BASE jump in Gua Damai  in conjunction with KL Tower International BASE Jump 2013.

This event will be jointly hosted by 4B Youth Movement (Gerakan Belia 4B) and Wira Adventure Consultant, supported by Majlis Perbandaran Selayang.(MPS)

Gua Damai is an ideal location as it is not too far from KL Tower, the world's fourth tallest communications Tower (421M). It is a sure stopover after the SIBU Jump. 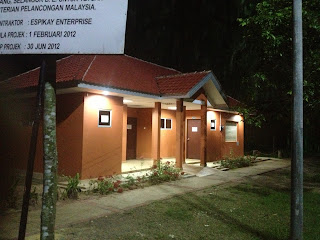 New amenities: toilet with showers, bigger metal ramp, better routes to launch point. The cave route leading to the launch point will be lighted. The launch point and landing area will also be lighted up. It will be just beautiful to capture it on film. Do bring your own headlamps. We are currently looking for headlamp sponsor*

The fee is as it was last year, only RM50.00
We welcome all  BASE jumpers.

In the year 2012, 27 BASE jumpers participants from 7 nations took the 96 metres cliff jump challenge. Out of the 27 jumpers, three of them were women. We got to see the highest number of jumpers. The total number of jumps were 62 Times. It was also the highest record in terms of  the number of countries participating.

Wira Adventure Consultant who has been organising this event since 2008. 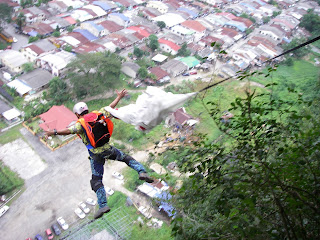 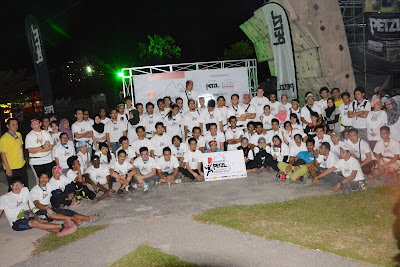 "Gua Damai Extreme Park" was the Official Climbing Venue for the "PETZL NIGHT CLIMB ON 2013". The management work hard to prepare the site, making sure that it is clean, toilets are functioning, lightings made available. MPS supported the event with 5 new bins and a large mobile bin for trash.
The day starts at 3.30pm . About 152 locals and foreign nationality climbers registered for the event. They received a goodie bag upon registration. Among the contents a Petzl headlamp, tshirt and an energy drink sponsored by "Red Bull".

While waiting for the sun to set, the participants enhanced  their skill by practicing the "belay technique" at the wall structure.
The organiser "Equip Management" has set-up 8 Top rope sponsored by "TENDON ROPE"

Petzl sponsored 2 lanes of quickdraws at the 2 favorites routes at "Three Brothers section" for the lead climb competition.


Brother Sulhan represented Petzl/Allsports Equipments and launched the Nite Climb On '13. Many people were entranced  with Fire Show and most were happy with their win of lucky draw prizes.

The event continues on with BBQ food and a few climbers stayed on to climb till the wee hours of morning though the event officially ended at 1230 HRS. Haziq, Nasa and Nik brought cheers as they closed the event with a spectacular BASE jump. 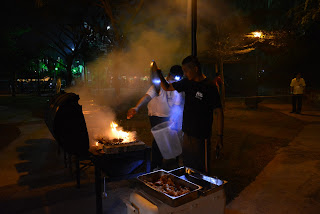 We would like to thank En. Mokhtar from MPS for his working visit though it was already 11.30PM. A big thank you also goes to the Municipal Council of Selayang (MPS), IPD Gombak (for sending patrol cars), and RELA that ensured the safety of the participants and their personal belongings. We would also like to thank the sponsors involved. We hope that you would be delighted to join our future events at Gua Damai Xtreme Park.